The London Global Gateway is housed in the Marian Kennedy Fischer Hall, an impressive 19,000-square-foot building just off London's bustling Trafalgar Square. Fischer Hall has served as the base of the Gateway's operations since 1998. Originally the Oxford and Cambridge club and later housing as the School of Osteopathy, Fischer Hall now hosts the Gateway's programs, classes, and events. The building has been deemed to be of national importance due to its rich history, visible through a range of original Edwardian features.

Fischer Hall at the London Global Gateway features a range of technologically equipped classrooms and seminar rooms, accommodating 15 to 40 people. The flagship space, Trafalgar Hall, is a beautiful hall with original features. Holding up to 100 people, it is used for lectures, events, conferences and student orientation.

In addition to the teaching space, Fischer Hall has independent and group study rooms, videoconferencing rooms, studios, computer labs, and the London Global Gateway Library. There are plentiful printing and scanning capabilities and wireless internet is available throughout the building. 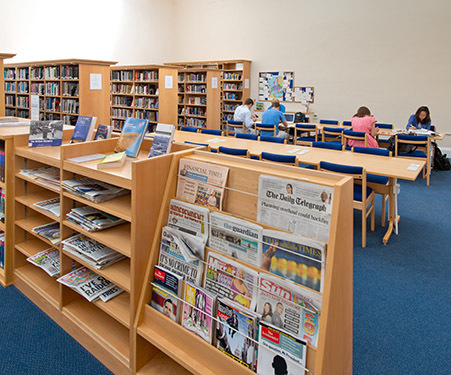 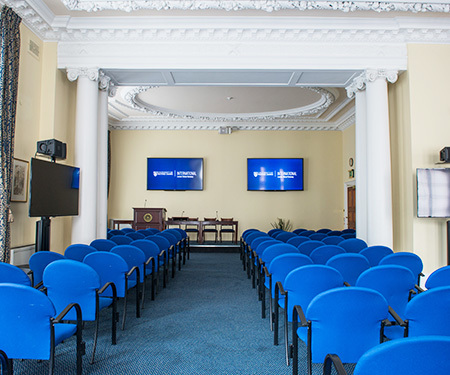 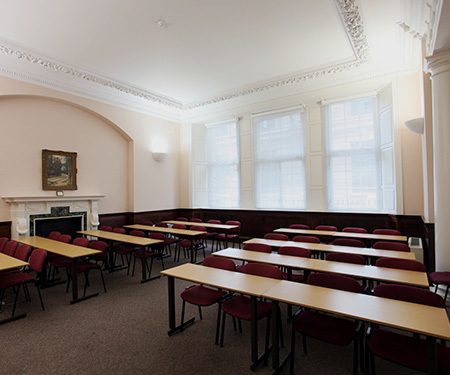 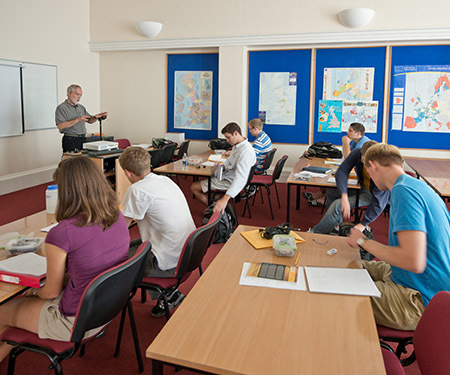 Undergraduates can relax and mingle in the Junior Common Room, where there is plenty of couch space and even a ping pong table! The adjoining kitchen with fridges, microwaves and kettles allows students to prepare their own lunches, or even dinners, if they are studying late. For those who are musically inclined, we have a piano available, which is free for anyone to use.

Law students have access to the Piccadilly Room, a newly renovated space with sofas and ample desk space.