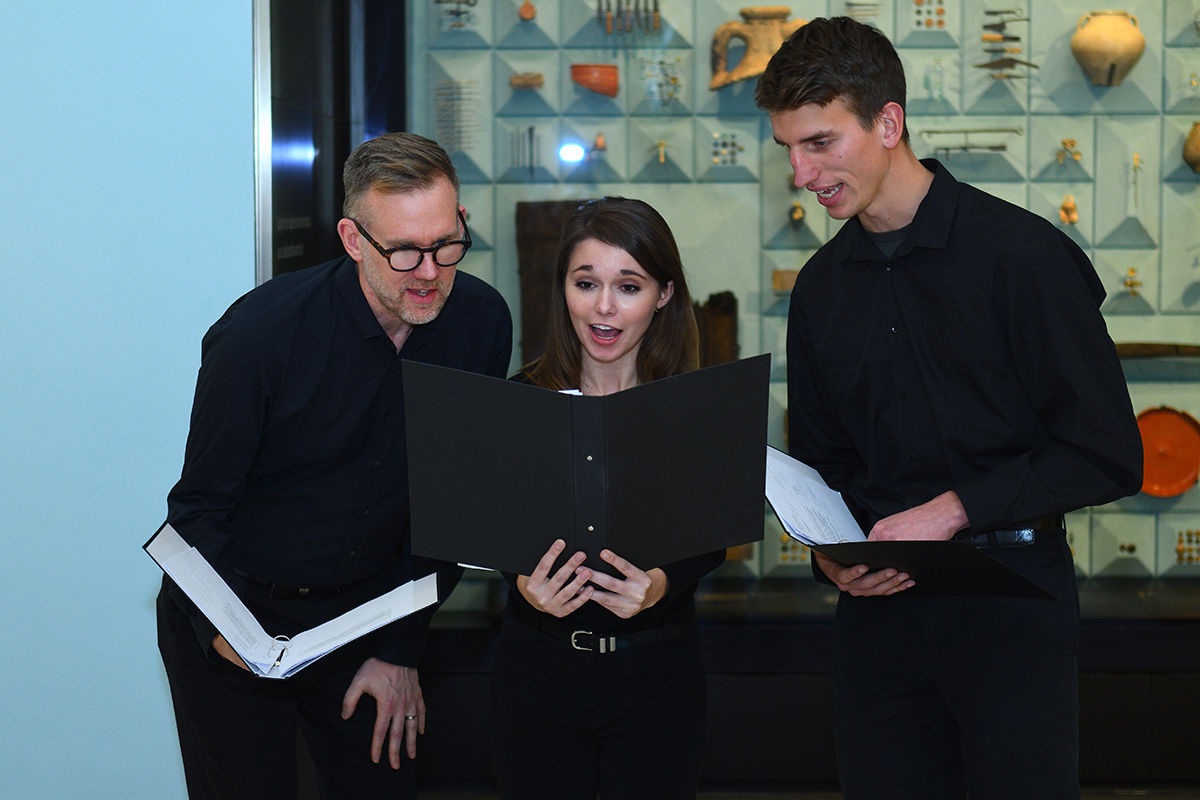 On Tuesday Oct. 19, Notre Dame students currently studying at the London Global Gateway took part in the Being Human Festival at the London Mithraeum Bloomberg Space. In an event entitled “Excavating Roman Voices," the students performed poetry by Josephine Balmer, whose work takes inspiration from the Bloomberg writing tablets, some of the earliest written documents found in Britain.

“The performance itself was unique, insofar as it was a collaborative effort that brought together multiple humanities disciplines, especially history and archeology, creative writing, and theatrical performance," says JoAnn DellaNeva, academic director of the London Global Gateway.

This was the inaugural year of the collaboration between “Being Human Festival” and the London Global Gateway, a partnership that showcases Notre Dame faculty and students, as well as demonstrates the University’s commitment to being a part of the UK academic community.

“The audience included local academics from neighboring institutions, but perhaps even more importantly, intellectually curious non-academics from the greater London area,” says DellaNeva. “I'm certain that many of those in the audience had never heard of the University of Notre Dame before, nor had they realized that we have had such a long-term presence in London.” 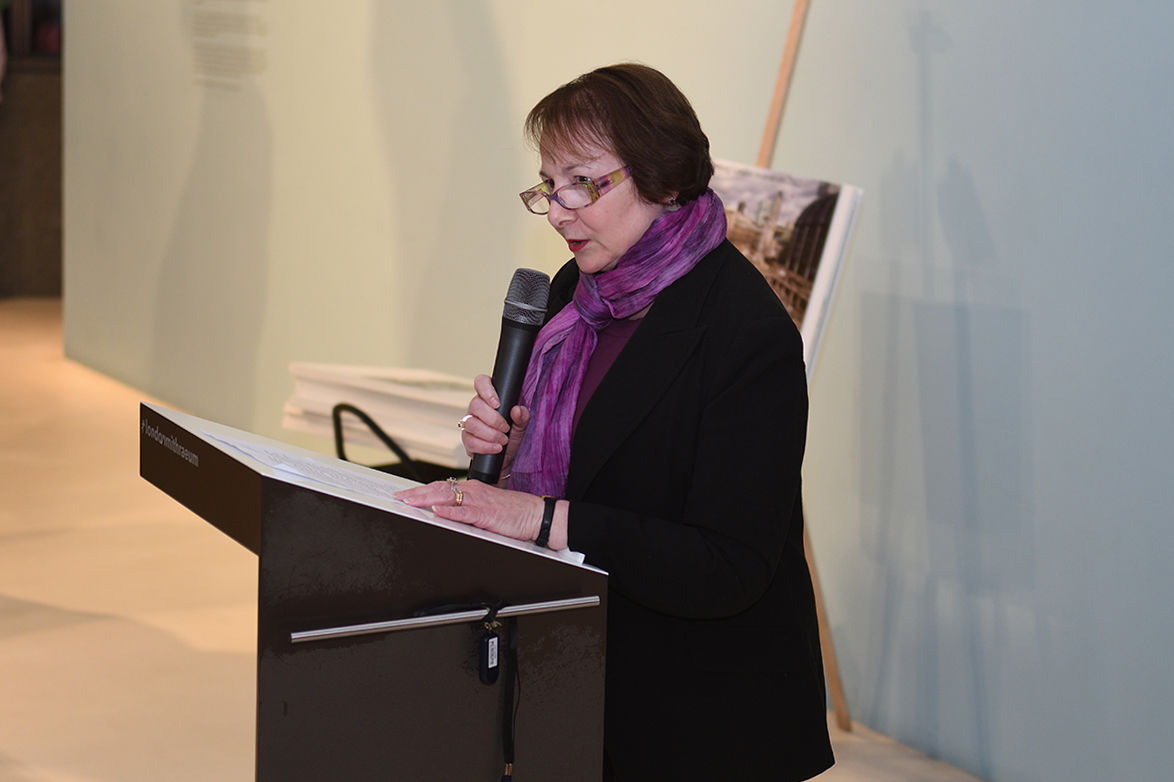 Academic Director JoAnn DellaNeva giving the welcome at the Mithraeum

As well as raising the profile of Notre Dame in London, events like this add an experiential element to students’ classes, allowing them to fully immerse themselves in UK culture and appreciate London as its own classroom. Working with Jo Balmer’s poetry and the Mithraeum artifacts, students were able to get closer to their subject matter.

“Balmer framed history in a way that allows us to visualize what London may have actually felt like in the Roman era as opposed to just seeing the tablets in a display case,” says Joseph Andrews, a Notre Dame study abroad student and featured performer.

Fellow performer Gabrielle Evans also felt the subject matter was brought to life by the poetry, and the eventual performance was a stand out moment of her time abroad.

"I will never forget the excitement and anticipation that ensued awaiting the final performance at the Mithraeum,” said Evans. “With Professor Skelton's artistic direction and Balmer's insight and words, Joe and I were able to not only gain a deeper understanding of British Roman societies, but also share these findings with others. Sharing our excitement of the piece and Jo's exquisite work in front of such a receptive audience is an experience I will never forget."