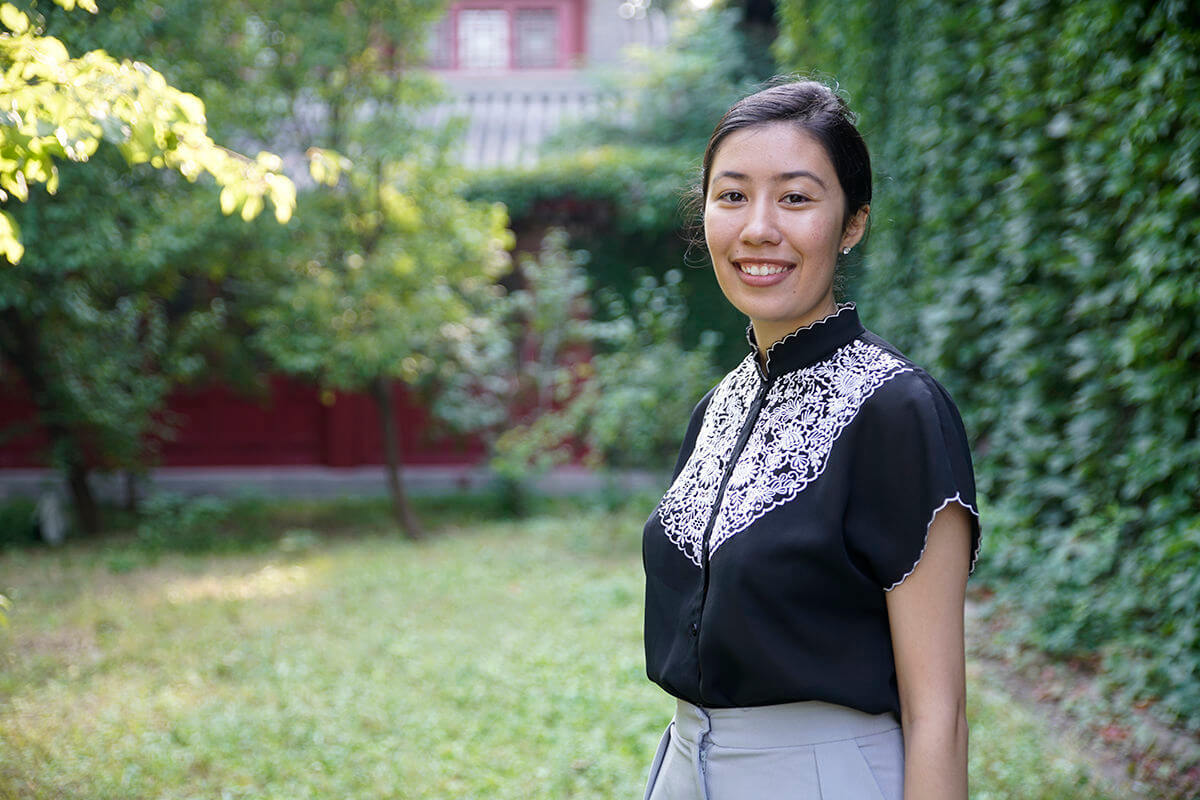 When Lily Falzon started at Notre Dame, she thought she wanted to be a doctor. Five years later, she graduated with a bachelor of arts in sociology, a minor in Chinese, and a scholarship to study at Yenching Academy of Peking University in Beijing. It was during her time in London that her perspective began to shift.

Falzon initially chose to study abroad in London as she was able to take premed courses, allowing her to continue on the track to becoming a doctor. What she didn’t anticipate was that one of those courses would convince her to drop her pre med major and pursue sociology.

“Taking that course convinced me that medical school is not actually the route that I want to follow in my career,” reflects Falzon. “I am more interested in studying healthcare from different perspectives, particularly the perspectives discussed in this course.”

The course in question was “Culture in Medicine," taught by London Global Gateway faculty member Dr. Ayesha Ahmad. Instead of looking at medicine from a purely biomedical standpoint, Ahmad’s course is based in anthropology and philosophy, exploring the role culture plays in healthcare. Falzon was struck by this new approach, and it quickly began to have an impact on her plans for the future.

“As soon as I got back from London, I dropped my pre-med major and pursued sociology,” says Falzon.

The class encourages students to think of healthcare and medicine outside of the biomedical model, and considers how different voices, cultures and societies define health and illness. Falzon’s mother's family is from Shanghai, and this sparked her interest in how the Chinese conceptualize health. Inspired to learn about the traditions and culture associated with her family history, Falzon began to realize just how vast the subject area was.

The course was an eye-opening experience for Falzon, primarily due to Ahmad’s teaching style. Ahmad’s background is unique, specializing in culture in healthcare, trauma and humanitarian responses to gender based violence in conflict. She works all over the world, particularly in Afghanistan, Pakistan, South Africa and the Middle East. Her background was so different from any other professor that Falzon had encountered in the past. Falzon said that conversations with her spurred different ideas, and enabled her to think along different lines. 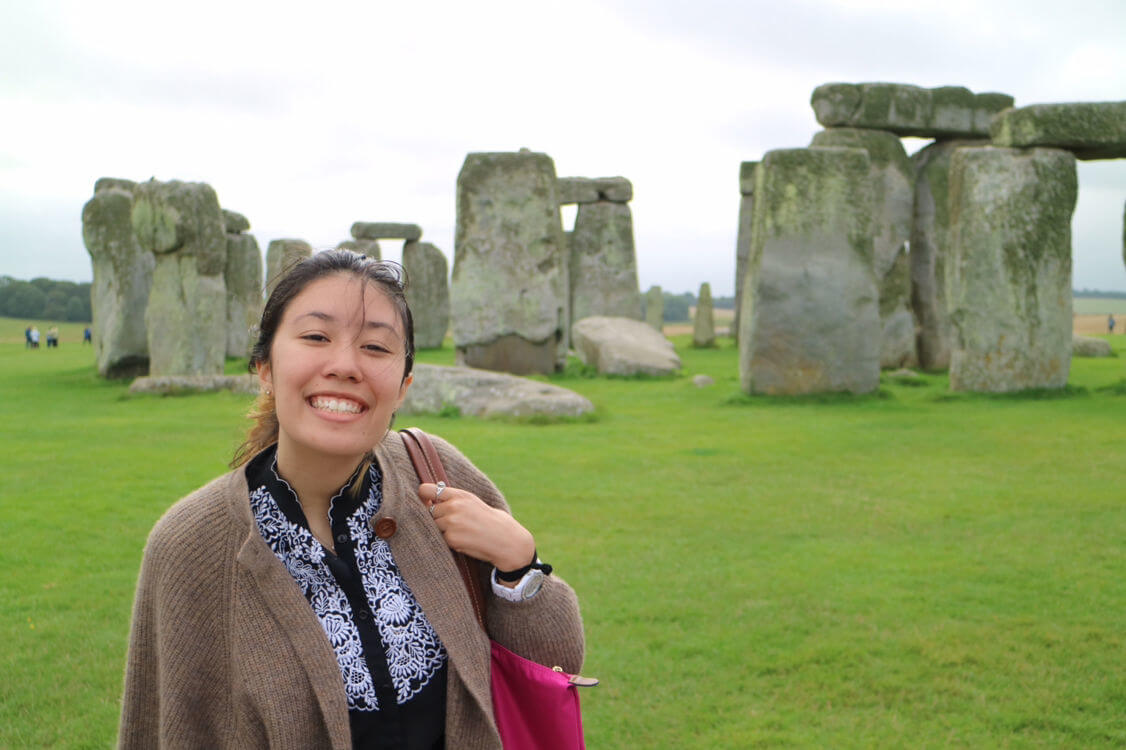 Falzon on a trip to Stonehenge

The melting pot of different beliefs, nationalities and backgrounds in London was illuminating for Falzon. She found herself in a culturally-rich environment, seeing real-life examples of how traditions and culture can affect perspectives and ways of thinking. It made her realize how deep her chosen area of study was, and how much she could learn from it.

Although the vastness of the topic meant that Falzon was only able to scratch the surface during her time in London, the experience was pivotal in changing the course of her academic career.

After returning to campus and focusing on sociology, Falzon sat down to plan her thesis project. Knowing that she wanted to focus on something to do with Asian-American experience, it didn’t take her long to realize what she really wanted was to return to the project she had begun. This time she was able to dive deeper into the subject, but she found herself missing Ahmad’s influence and background in guiding her project.

“I emailed her and asked her to please be my thesis advisor!" laughs Falzon. “She was so supportive. I think having her as my advisor was probably the best resource that I could have had."

With Ahmad on her side, Falzon was able to dig deeper into her research topic, and she began looking at how traditional Chinese medicine practices affect policy in China, and investigating how you can have biomedicine and a more traditional form of medicine in one overarching healthcare system.

Since she began looking into Chinese culture, Falzon’s interest in her own family history had been steadily growing. She began conversations with the Liu Institute about her own ancestry, and was surprised at what she found.

“I was speaking with the director of the Liu Institute about my family history and he is so much more knowledgeable about my family than I am," says Falzon. “It turns out my great-grandfather played a particularly prominent role in early 20th century China and was chairman of the Shanghai Chamber of Commerce."

Armed with this knowledge, she decided to visit China, both for her thesis, and also to discover more about her great-grandfather and ancestry. She obtained a grant from the Roberts Endowment and the Liu Institute and spent the entire summer of 2017 in different Chinese cities soaking up as much information as she could. As well as visiting archives, Falzon also found answers about her great-grandfather through her own family in China, who became a valuable resource for her research.

“The experience not only expanded my knowledge of Chinese history and culture, but it also revealed my great-grandfather’s place in it and how that has influenced the lives of my entire family,” she says. “Both academically and personally, I couldn’t have imagined a more enriching or immersive experience.” 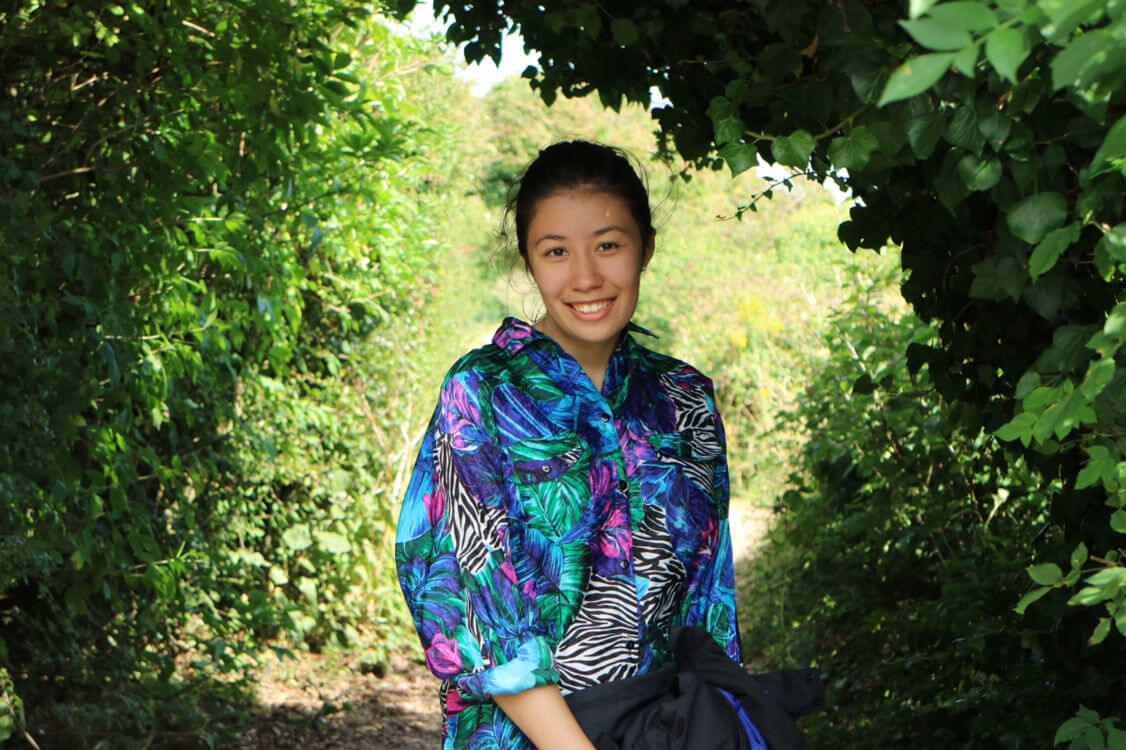 Falzon near the cliffs of Dover

Her time abroad, both in London and China, definitely paid off. A year after her trip to China, Falzon’s senior thesis won the Department of Sociology’s most outstanding essay award. While this achievement is exceptional, Falzon is not yet done with her research project. She has just been named a Yenching Scholar to pursue a masters in China Studies at Peking University in Beijing and plans to elaborate further on the different perceptions of health and illness.

“My thesis continues,” says Falzon. “I guess Ahmad’s influence will never leave me”.

Although her research abroad now mainly takes place in China, she credits her experience in London as the reason she feels comfortable overseas. After graduating from Notre Dame, she immediately moved to Hong Kong to consult for an interior design firm, something she would not have considered an option was it not for her semester in London.

“I would not have moved to Hong Kong if I had not spent time in London and convinced myself that I could in fact live abroad successfully,” laughs Falzon.

After recovering from the initial culture shock of being in a new place, Falzon felt herself developing as an adult in London. Alongside her studies, she also did an internship at the American International Church, where she got to learn about social issues that affect London, such as homelessness and poverty, enriching her understanding of London as a city. She is grateful for this experience at the American International Church, as she felt there was a great mix of ideas between people who worked there, and she was able to see politics from their perspective and share her own opinions freely.

The vibrancy and diversity of the city broadened her horizons and as she learned more about different cultures, foods, religions and traditions, she felt her perspective on life began to shift. 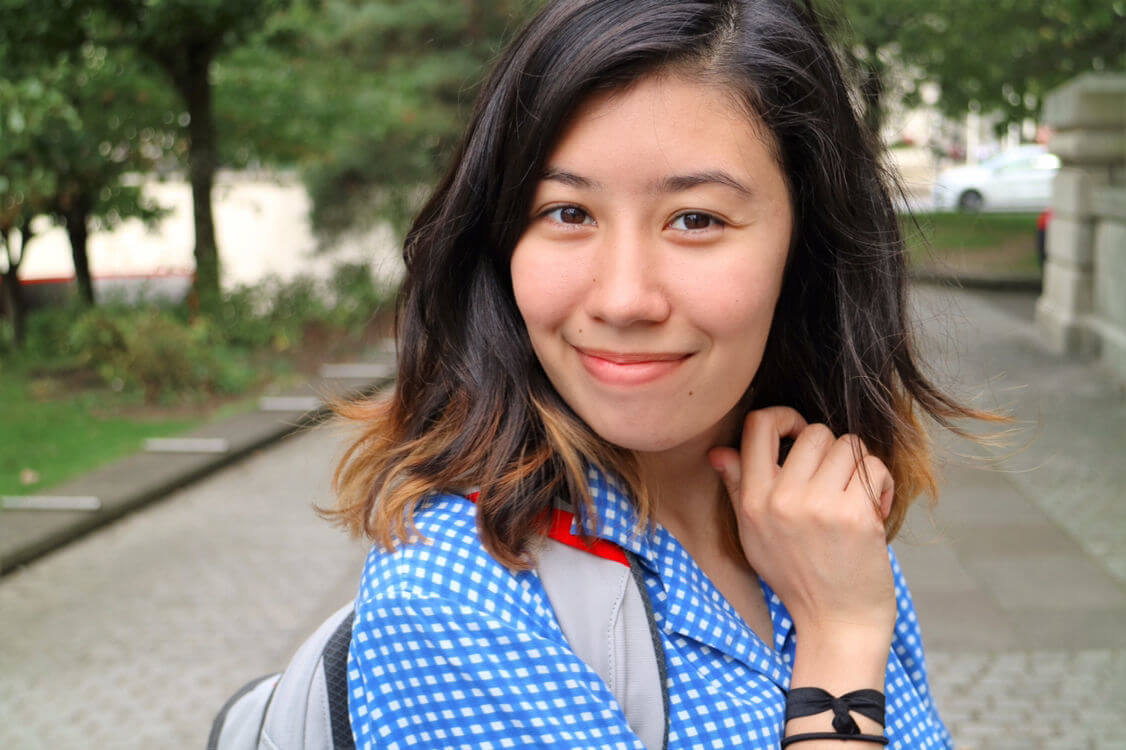 Falzon during a weekend away to Cardiff

“It was freeing as it gave me an opportunity to focus on myself,” she remembers. “When you're in a different place, the only thing that you carry with you is yourself and your self-identity, because everything else is so drastically different.”

Today, Falzon is on a totally different track to when she began at Notre Dame. She considers her time in London as pivotal, revealing her real academic interests and proving her independence. She points to her time with Ahmad as particularly enriching, changing her perspective on medicine and her world-view more broadly.

“She encouraged us to approach things from an ethical perspective,” she says. ”Most of my classmates ended up going on to medical school and they will be better doctors because they have taken her class.”