Vittorio Montemaggi and students in his ‘Literature and Inter-Religious Understanding I’ class traveled to Venice on November 3-6, accompanied by Charlotte Parkyn. The trip brought to life the class’s study of Shakespeare’s The Merchant of Venice and relations between Judaism and Christianity.

A highlight of the trip was the Doge’s Palace exhibition, ‘Venice, the Jews and Europe, 1516-2016’. The group also visited the Ghetto and three of its synagogues, as well as the ancient Jewish cemetery. They explored Venetian churches too, including Santa Maria dei Miracoli, Santa Maria Gloriosa dei Frari, and Saint Mark’s Basilica.

While in Venice, the group met with Professor Shaul Bassi, project director of this summer’s historic performance of The Merchant of Venice in the Ghetto. Students reflected with Bassi on the significance of the play for inter-religious understanding.

This trip was one of the three associated with the class, made possible through a Nanovic Institute Learning Beyond the Classroom Grant. Read about the class’s visit to Rome in September and Kraków and Auschwitz later in November. 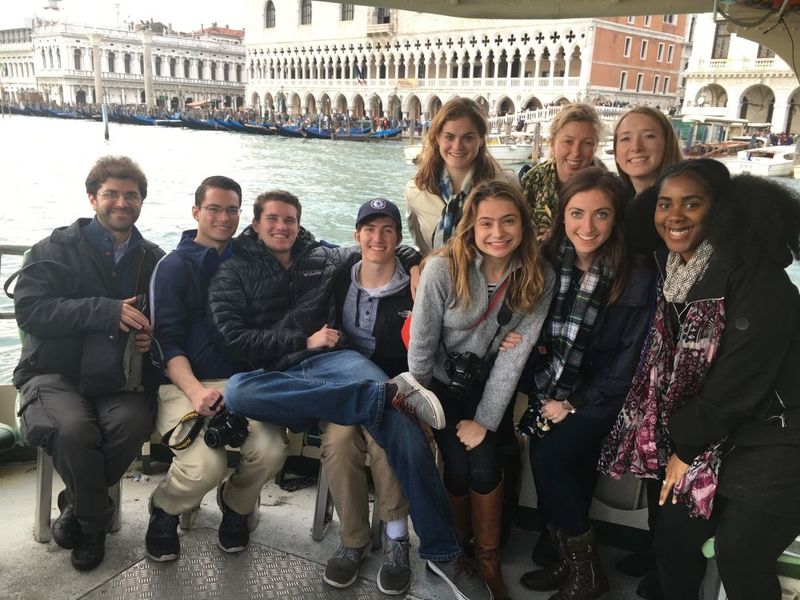