Students in Vittorio Montemaggi’s ‘Literature and Inter-Religious Understanding I’ class traveled to Rome on September 22-25. This was the first of the three international trips associated with the course, made possible through a Nanovic Institute Learning Beyond the Classroom Grant.

Led by Vittorio and accompanied by Gemma Bencini and Florencia Cano, the group was joined in Rome by Gian Luigi Prato: Professor at Roma Tre University, expert on Scripture and on relations between Jews and Christians in Ancient Rome.

While in Rome, the group visited: the city’s Jewish quarter, Great Synagogue, and Jewish Museum; the Roman Forum and Santa Maria Antiqua; the Saint Priscilla Catacombs; Saint Peter’s Basilica; the Vatican Museums and the Sistine Chapel. They also visited Notre Dame’s Rome Global Gateway, allowing them to situate their work for the course in the context of Notre Dame’s own significant presence in the city.

Read about the class’s later trips to Venice and Kraków and Auschwitz. 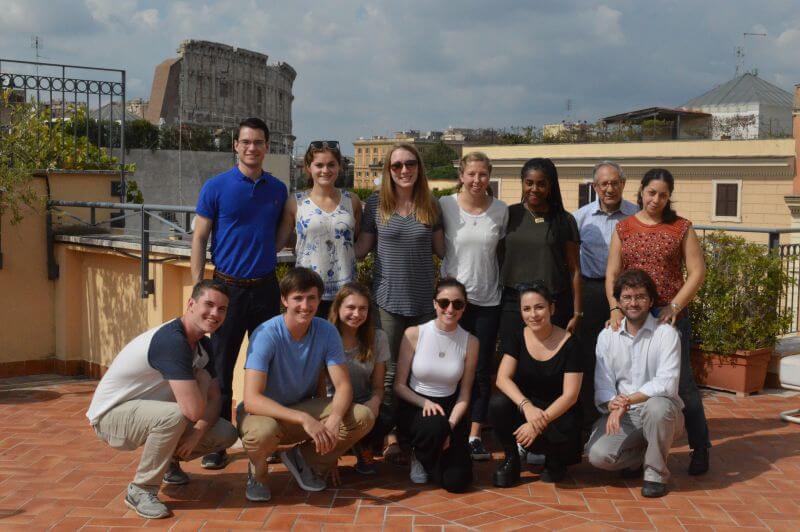