The program facilitated conversations between 15 graduate students and 18 guest faculty – with diverse interests spanning literature and history – from the University of Notre Dame, University of Oxford, King’s College London, and University of Edinburgh. 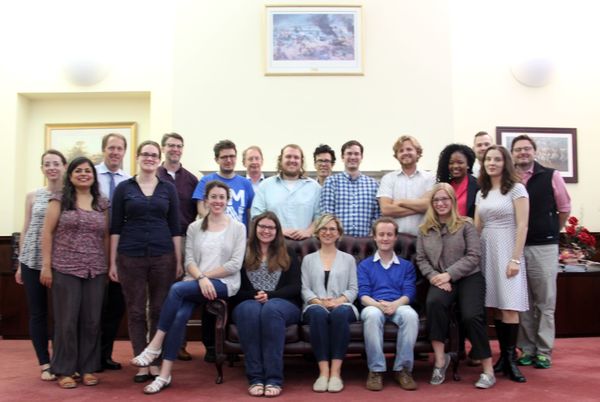 “Nobody can play inside baseball”

“An unusual and defining aspect of the Global Dome Exchange Program is that it enables cross-disciplinary conversations and critique,” explains its co-founder Patrick Griffin, Chair of the Department of History.

Elliott Visconsi, Associate Professor of English and Law, has worked with Griffin to create a program that asks students to step back from their immediate work and specialism.

“One of the goals of Global Dome is to have students think about the big questions,” says Visconsi. “Namely, the framing of their projects and the relevance of their intervention within a scholarly enterprise – which they learn to articulate to people beyond their immediate specialization.”

“Nobody can play inside baseball,” adds Griffin. “Everyone has to rise above their work. The interdisciplinary nature of the Global Dome Exchange Program really, in no small part, explains its success.”

In daily workshop sessions, students present and discuss early chapters from their dissertations. Aleksandra Hernandez, who studies 19th and 20th century American Literature at Notre Dame, found this one of the most valuable aspects of the program.

“It’s been really generative to use the experience of critiquing and commenting on others’ work to reflect on my own. I had thought that I would just get a lot of useful feedback on the day that I presented, but the real fruit has come from the combination of the two.” 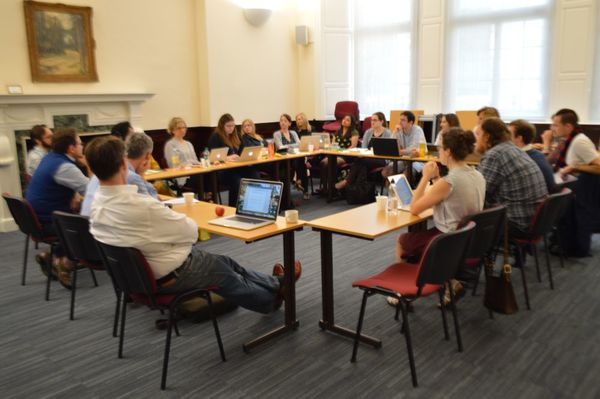 “Even if it’s not your subject area, you can see general arguments and structural points,” adds Maria Cecilia Ulrikson – a Notre Dame student who valued fresh perspectives on her research into colonial Latin American history.

“Offering my own comments on others’ work definitely tested my comfort-zone,” Ulrikson continues. “But I realized that the questions I’d received were not less valid because the individuals offering them were less specialist; they were informed, scholarly questions that had helped illuminate my blind spots.”

Elliott Visconsi finds it refreshing to see, year after year, students’ genuine and reciprocal investment in each other’s work: “There’s definitely an ethical bond that they seem to develop. They don’t just take feedback and then tune out for a few days – there’s a real sense of meaningful intellectual exchange.”

“You realize that you’re learning to become a writer”

What Diya Gupta, a King’s College London PhD student, found most useful about Global Dome was hearing from the guest academics about how their research developed: “You don’t normally get to see that process.”

One of the highlights for Gupta was a lecture by Paul Gilroy (Professor of American and English Literature at King’s College London), reflecting on his seminal book There Ain’t No Black in the Union Jack 30 years after its publication. 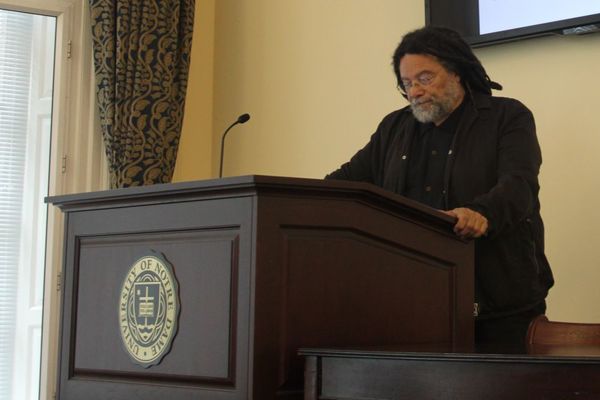 “It was nice to see young scholarship modeled,” says Maria Cecilia Ulrikson. “It helped bring long-term goals into sight and they felt much more achievable.”

“It put the project into perspective,” agrees Aleksandra Hernandez. “You realize that you’re learning to become a writer, and that turning your dissertation into book is going to involve a different rhetorical situation. You start thinking about things like titles, and marketing, which you don’t necessarily consider before.”

Diya Gupta appreciated the “thoughtful and wide-ranging feedback” she was offered by faculty. “It definitely helped me to situate myself. What’s more, it was all delivered in an encouraging way and it honestly felt like peer support.”

Reflecting on this year’s program and the future of Global Dome, Elliott Visconsi concludes:

“Global Dome 2016 has been another great success – at the student level, the faculty level, the institutional level. We’re proud to have built a sturdy international network of leading scholars, and we wish the students the very best in their academic careers.

“What’s been wonderful has been the consistent welcome we’ve had here in London. This year has just worked like clockwork. The London Global Gateway team understand exactly what we’re trying to do and there’s a sense that this is our shared project. We look forward to returning next year!” 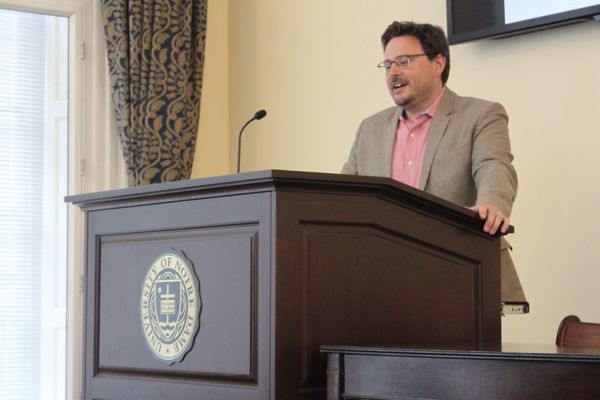