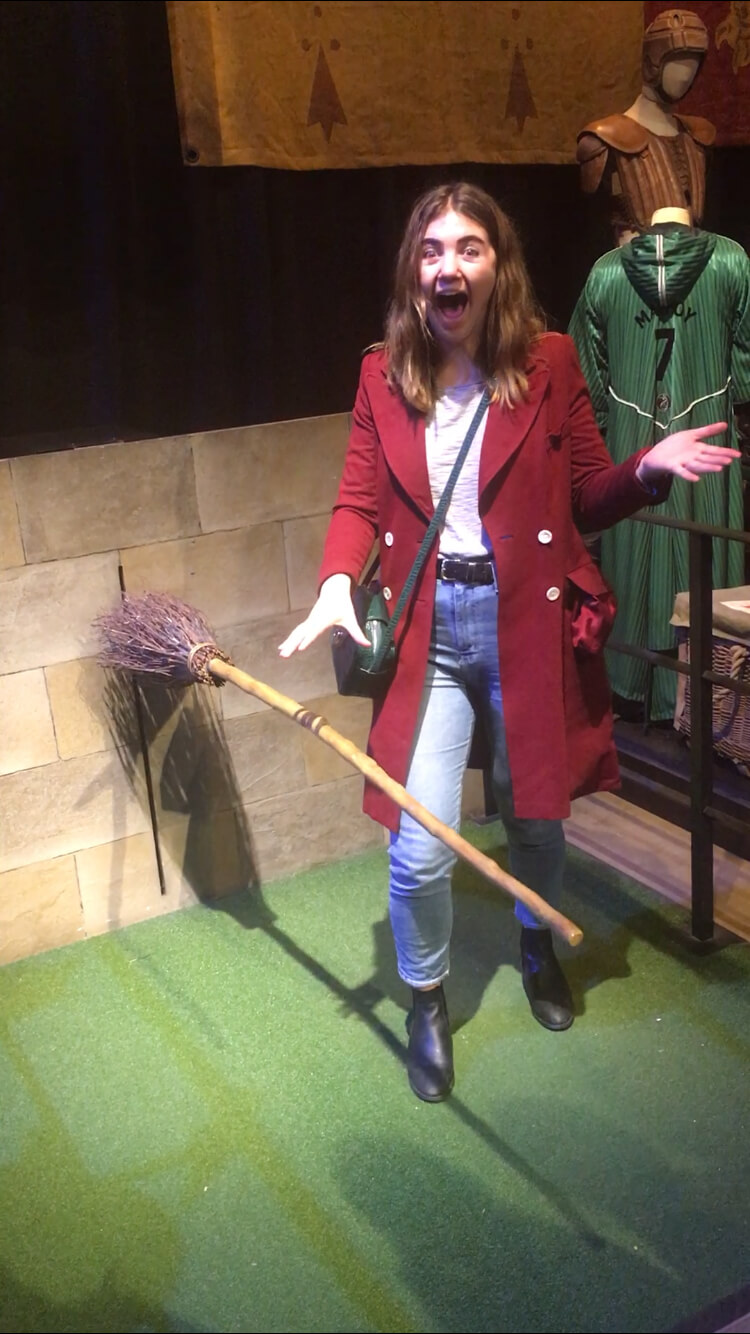 The London Global Gateway strives for students to experience London as its own classroom. This can be through trips to museums and specific cultural sights, or through street art, music and theater. This semester, Eliza Harris took a course in "London Literature of the Fantastic" with Professor Hadas Elber-Aviram, which enabled her to see London through a different lens.

From Charles Dickens’ "A Christmas Carol", to BBC’s "Dr. Who", to the magical world of Harry Potter, London Literature of the Fantastic has recreated my view of London. The curriculum for this class, which is centered on fantastical literature that takes place in London, has taken us on a tour through the city in the most unconventional way. Professor Elber-Aviram’s class has exposed the magic weaved into the streets of London. Every book we read reveals a new dimension of the city, and Professor Elber-Aviram's classes and activities bring them all to life. Now, I see my home for the semester through new eyes.

In this class, we not only read and discuss London Literature of the Fantastic, but also have the opportunity to go out and experience it in our own, non-magical (but still fantastic) way. Through class walks through the city, interesting guest speakers, and even an extremely fun trip to Harry Potter World, this course has let us see a whole new side of London. Each week for homework, we read or watch a new piece of London Literature of the Fantastic that presents a different version of London. Then, in class, we come ready to discuss this new representation of the city and the ways in which the author transformed the real, ordinary streets of London into something magical and fantastic.

Every work we have read presents a its own version of London. In "The Phoenix and the Carpet," we saw a mundane London become magical. In "The Drowned World," we read of a completely submerged and deserted London. Each book we read shows us a new London and together, they have reconfigured what London is to me. A common theme of this class is magical realism, in which something mundane and ordinary becomes magical and extraordinary. London Literature of the Fantastic has taken my version of London and has shown me the magic within it.

Now, even on my twenty minute walk to class, I can see London Literature of the Fantastic alive across the city. The London Eye is a dangerous generator from an episode of "Dr. Who", the Millennium Bridge is being destroyed by the Death Eaters of Harry Potter, and Waterloo station is being bombarded by panicking Londoners during the Martian attack of "War of the Worlds."

London is still the beautiful and booming metropolis I thought it would be, but this course has shown me that there is more than what meets the eye. Just through reading London Literature of the Fantastic, every part of London has become fantastic to me.