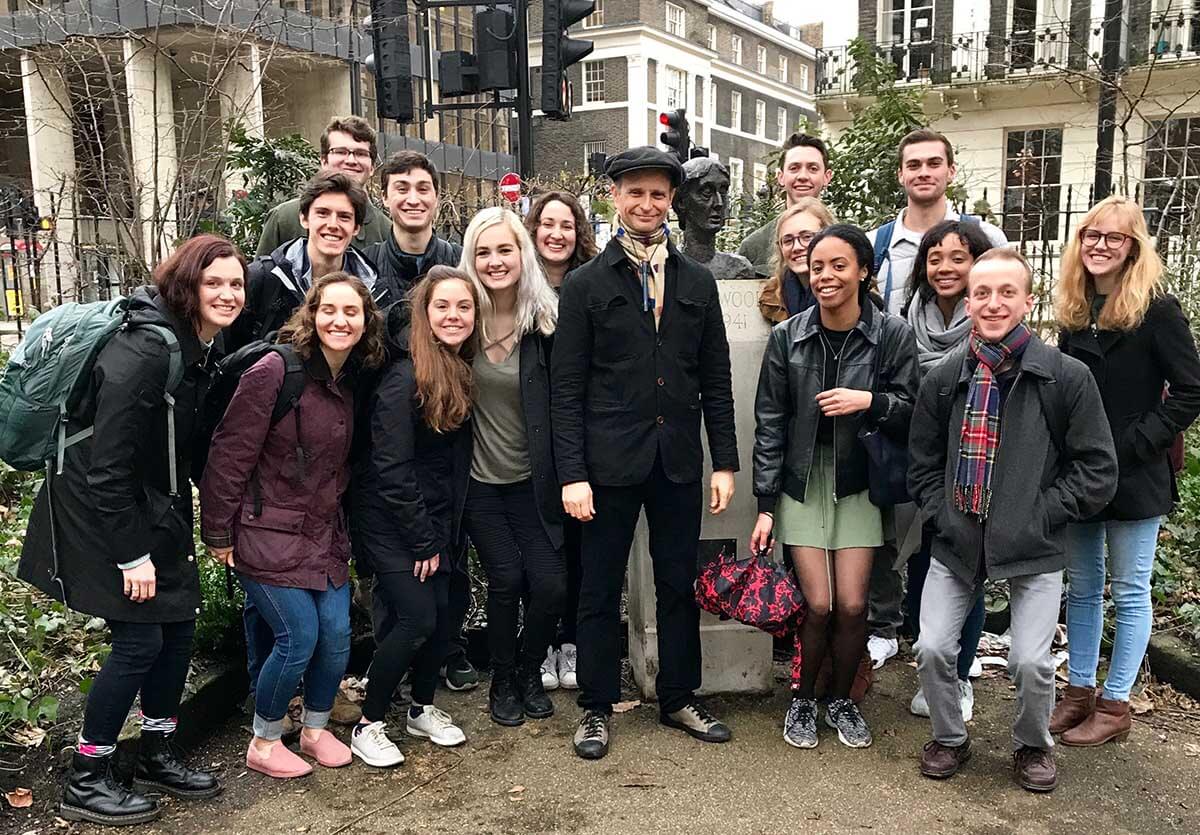 In his latest work, London Global Gateway’s Adrian Chapman explores ‘anti-psychiatry,’ a concept developed and practiced by RD Laing in the 1960s experimental community of London’s Kingsley Hall. This radical community encouraged the idea of madness as a voyage and a method of self-exploration that, it was believed, may ultimately lead to the discovery of the ‘true’ self. Chapman’s work focuses on," Mary Barnes: Two Accounts of a Journey through Madness," a text that offers a dual perspective of Kingsley Hall, a patient, and her doctor. Using these accounts, Chapman reveals the disconnect between Laing’s utopian idea of life at Kingsley Hall, and the more complicated reality of the residents’ experience

Funded by the Welcome Trust, Chapman’s work follows a resurgence of scholarly interest in Laing and his radical psychiatric network. Chapman talks about the motivation behind this renewed interest.

"it comes in an age where we are quick to pathologize and to medicate and this makes the work of Laing worth revisiting," speculates Chapman.

While Chapman is very clear that Laing’s work is not a straightforward model for the present, he does point out that there are elements of anti-psychiatry of the idea of a non-professional ‘guide’ or supportive "anchor," which bears resemblance to the concept of peer support that we have today. It is for reasons such as this that Chapman sees Kingsley Hall as “an exciting project that has not yet received its critical and scholarly due.”

Chapman explores mental health in literature more broadly in one of the courses he teaches on the London undergraduate program. Students who study this module visit Kingsley Hall, among other places, to see first first hand the locations they are reading about. The professor also hopes students will get to meet Joseph Berke, a doctor who worked closely with Laing and was a resident of Kingsley Hall. This level of real-life interaction gives the students a sense of context surrounding the subject, and allows them to learn about a different side to the city.

"It's a shadow cultural history of London," says Chapman.

Alongside working at Notre Dame, Chapman also teaches at Florida State University in London. This enthusiasm to teach US students come from the fact that he has relatives in Texas, and has always felt an affinity with the United States. It may also come from the chance to teach his students about an area of British culture that differs dramatically from the US. When they study Joe Penhall’s ‘Blue Orange’ for example, Chapman describes how his students are “captivated by the depiction of life in a psychiatric ward and how different this is from hospitals in the United States.” Underlying this, Chapman cites the national health service as an object of fascination for his students, and an area where there is much for him to explain and a lot for them to learn.

In his latest work on Kingsley Hall, Chapman delves into a different way of looking at mental health, one that truly can be described as counter-cultural. His research into this unconventional and largely undocumented area of London’s recent history is fairly unprecedented. It’s a fact that is surprising to many, given the magnitude of Laing’s former popularity.

"It's astounding that my article is the first full length article to engage thoroughly with the major text to come out of Kingsley Hall," says Chapman.

Chapman’s article, ‘“May all Be Shattered into God”: Mary Barnes and Her Journey through Madness in Kingsley Hall’ is published in the Journal of Medical Humanities. If you would like to learn more about his work, email Chapman at achapma5@nd.edu.