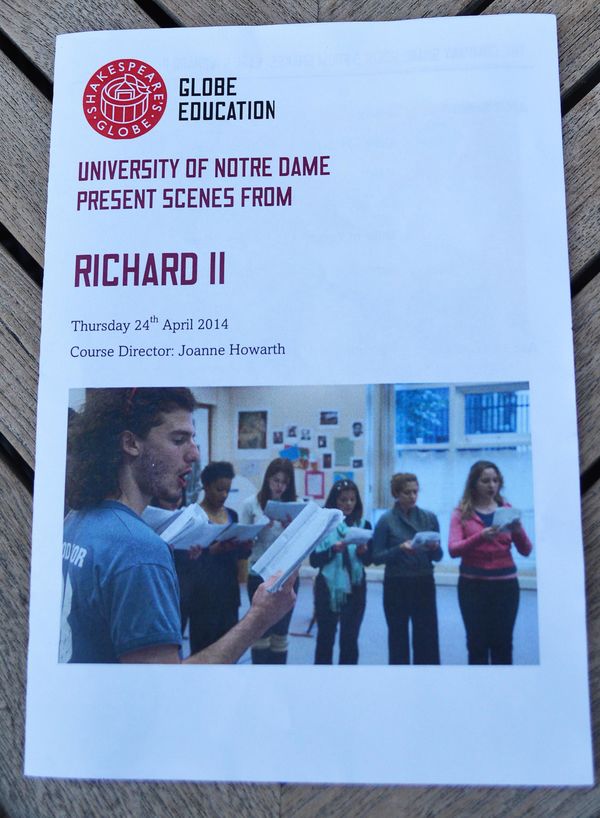 The students presented Act 2 Scene 2, in which Queen Isobel is forlorn and preoccupied now her husband is at war in Ireland, and Act 3 Scene 3, where the Duke and Dutchess of York and Bolingbroke find out that Aumerle is a traitor, in a traditional but energetic manner.  Caitlin Crommett, Kelsey Sobzak, and Nicole Sganga gave particularly notable performances as Green/Aumerle, the Duke of York, and the Dutchess of York.  In a new style, Joanne Howarth introduced and set each scene. 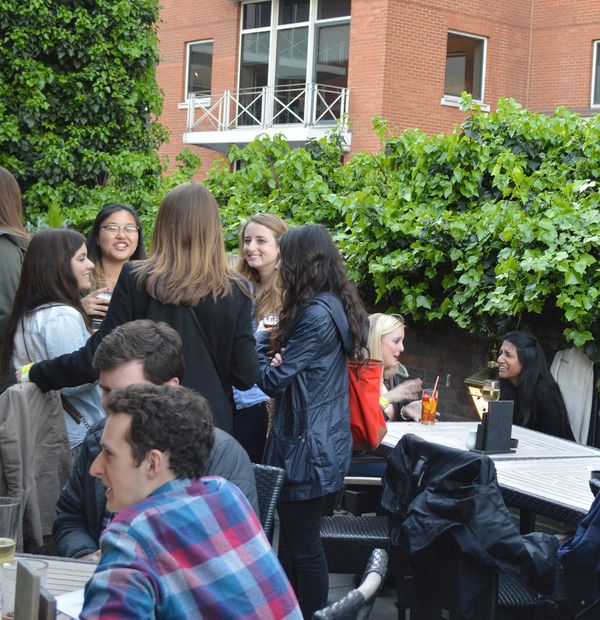 LUP Librarian and Academic Programs Coordinator, Alice Tyrell, said “Performing in an intimate space with a minimal set and the audience within touching distance is always a daunting prospect, all the more so when the audience is made up of friends and relations.  This semester’s student company tacked their challenge bravely, bringing to life two scenes from the play, and earning the enthusiastic applause of the spectators.”

Notre Dame students and their families, faculty, and staff attended the performance alongside staff from the Globe, and the evening ended with a reception at Anchor Bankside pub.

Originally published by Emily Grassby at international.nd.edu on April 28, 2014.