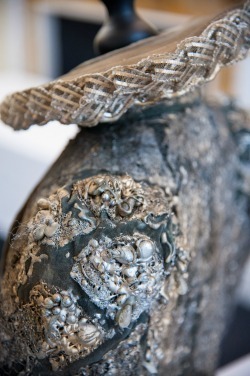 On April 1, 2015, London Global Gateway visiting faculty member Richard E. Donnelly (University of Notre Dame) hosted a symposium entitled Preserving Iconic Theatre Costumes: The How and The Why, just one outcome of a 10-year research project on scenic and costume designer Desmond Heeley.  The Nanovic Institute for European Studies, The College of Arts and Letters Office of the Dean, the Department of Film, Television, and Theatre, and the London Global Gateway sponsored the event.

In typical symposia style, the discussion raised many more questions than it answered.  The speakers each examined criteria for preserving theatre costumes in their companies, how they select a handful of costumes or props from hundreds of plays each year, the impact of certain costumes throughout history, the methods for storing archived costumes, and what happens to costumes that are not maintained.  They also touched upon the ethical implications of preserving something ephemeral, outsourcing the archiving process, modern and alternative methods of preservation, and storage to be proud of! 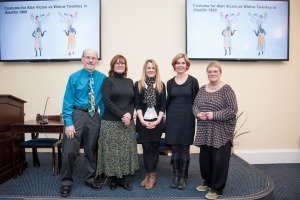 More than 60 guests flocked to the London Global Gateway’s Fischer Hall from museums, theatres, universities and societies around the U.K., and were greeted by an image display of theatre costumes from the Victoria and Albert Museum, gauntlets and sandals from the Royal Shakespeare Company, and a child’s doublet all the way from Canada.

Richard E. Donnelly said, “Having worked on the symposium for almost a year, I thought I was prepared for anything that might occur on that day.  But on the evening of April 1, I was blown away by the interesting and varied comments by the panel.  The best part of the evening was meeting and talking to the guests during the reception.  The symposium brought together a mix of theatre artists and museum professionals who interacted with vibrant discussions coming from the issues raised by the symposium.”

Originally published by Emily Grassby at international.nd.edu on April 13, 2015.