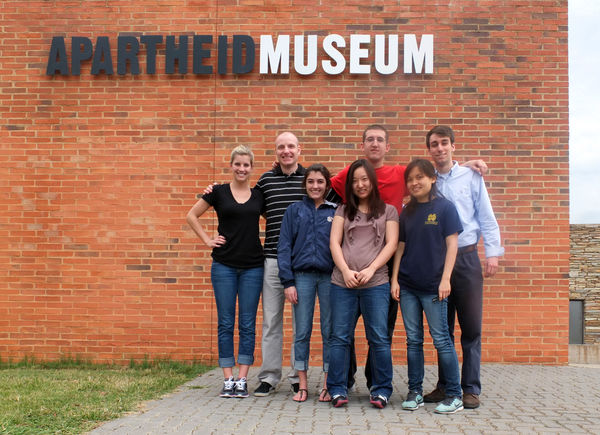 Notre Dame is consistently ranked among the nation’s top universities for undergraduate study abroad participation and sends more than half of its students abroad before graduation. While the traditional model of semester or academic year abroad remains the gold standard, class schedules, athletics, and work commitments can make these longer programs inaccessible to many students.

“Growth in short-term programs is the nationwide trend in higher education,” said Rosemary Max, director of international programs at NDI. “Given the complexity of students’ lives and schedules, we aim to enhance our already great offerings through a more flexible approach to international education. These four new summer programs represent efforts in that direction.”

NDI’s summer offerings, including long-standing six-week programs in London and Dublin, are diverse in scope and targeted to student needs and interests. Nearly 350 students will study abroad on NDI programs in summer 2015, with a quarter of those attending one of the four debut programs.

In mid-May, 16 student-athletes will go to South Africa for a three-week, faculty-led exploration of racism and the role sports played in the transition from apartheid government to democracy. In June, 13 students will fly to Greece for a faculty-led seminar in Ancient Corinth to experience archaeological sites and museums in ways denied to tourists. Also in June, 23 students will embark on an eight-week intensive language program at Peking University in Beijing, where they will practice Chinese with PKU undergraduates.

Perhaps the most innovative new programs are the pre-orientation, two-week summer seminars in London and Rome for admitted first-year students.  “We are thrilled to have rising freshman registered for our new Global Gateway seminars,” Max said. “These students will have studied abroad before they have even set foot on campus.”

Now entering its second year, the popular Ireland Inside Track program will provide 98 students with an intensive eight-day encounter with Irish society, culture, and economy.

“These innovations in Notre Dame’s Study Abroad programs are a great reminder that with international education, we are only as limited as our imaginations,” said Nick Entrikin, vice president and associate provost for internationalization. “We are excited about providing students with new options and we welcome ideas from everyone in the Notre Dame community.”

Notre Dame International advances international study, exchange, and scholarship by cultivating Notre Dame’s global alliances and partnerships. Its vision is to guide and support Notre Dame in achieving the goal of becoming a preeminent global university that is distinguished by its Catholic character.