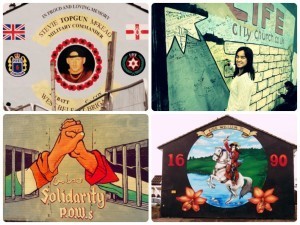 A big congratulations to Kristina Flathers who won the Cultural Immersion Photo Essay Contest this semester.  Kristina, who is an Economics major, chose the effects of the Northern Ireland conflict across the UK as her topic.  She commented:

“I left class that first Wednesday with a headache, having heard words like “ethnonationalism”and “consociationalism” thrown around more times than I can count. Nevertheless, I was already yearning for next week, so interested was I in learning more about the conflicts discussed in my Comparative Conflict Regulation class, namely those of Israel and Northern Ireland.”

Originally published by Emily Grassby at international.nd.edu on December 06, 2013.