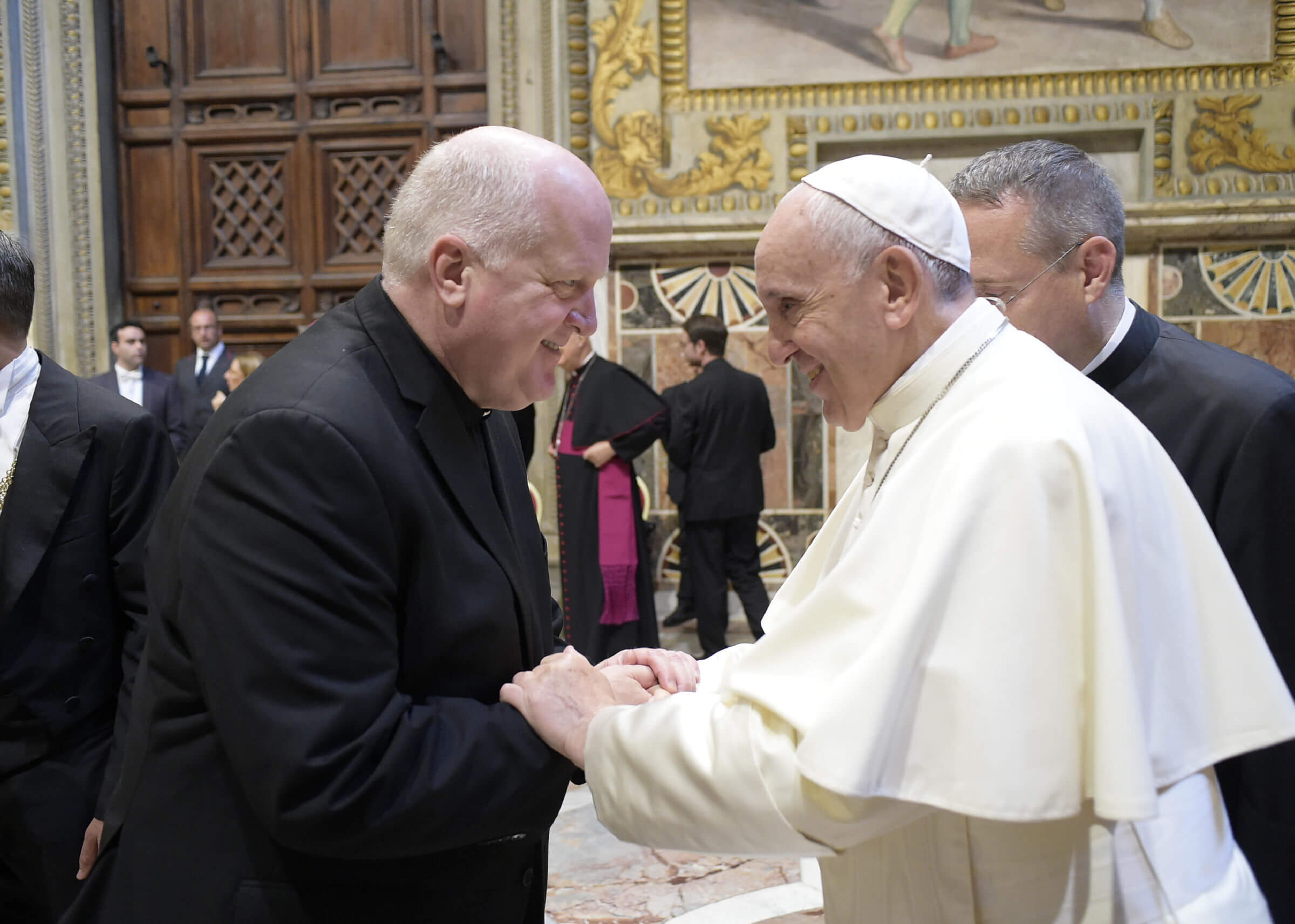 The conference, titled "The Catholic Social Teaching from Inception to the Digital Age: How to Live Laudato Si'," brought together entrepreneurs, third sector operators, and national and international institutions engaged in the application of integral ecology.

The keynote address was given by His Holiness, Pope Francis, in which he echoed the theme of the conference and "the call to a conversion of minds and hearts so that the development of an integral ecology can become ever more a priority internationally, nationally, and indeed individually.”

The Holy Father acknowledged an increasing awareness of the need to care for our common home, and the need for conversion. He called for a renewed ethical vision, one that places persons at the center, desiring to leave no one on the margins of life.

“A vision which unites rather than divides, includes rather than excludes,” Pope Francis said. “It is a vision transformed by taking into account the ultimate purpose and goal of our work, efforts, lives and earthly sojourn.”

Of the encounter with Pope Francis, Fr. Lies reflects, “It was one of the more remarkable experiences of my life. I was all the more delighted to have met him while visiting the Vatican for a conference on Laudato Si', a document of considerable importance to the Church and the world today.”

The conference’s papal audience followed a Holy Mass in the Bernini altar of the chair in St. Peter’s Basilica and was celebrated by His Eminence Cardinal Peter Kodwo Appiah Turkson.

Pope Francis’ address capped three days of discussion on issues surrounding climate change and sustainable development. The summit also included masses in Rome’s awe-inspiring churches, a concert in the basilica of Santi Cosma e Damiano, and a reception at the Magistral Villa of the Order of Malta.

The conference followed a consultation in February, co-organized and hosted by the Notre Dame London Global Gateway and Centesimus Annus Pro Pontifice Foundation, which examined the ethics of finance and technology.

Serving as a focal point for Notre Dame’s cultural and academic endeavors in England, the London Global Gateway is home to numerous study abroad programs, including the London Law Program. Catholic Initiatives are a key part of the outreach and engagement program at the Gateway, enhancing the Catholic mission of Notre Dame around the world in order to advance the University’s objective to be a global source for good.

“There’s increasing excitement here about the role that Notre Dame can play in convening and participating in such conversation in the UK and throughout Europe,” says Fr. Lies.