Originally the Oxford and Cambridge Club and later the British School of Osteopathy, the Marian Kennedy Fischer Hall has been the London Global Gateway's base of operations since 1989. A building of noted historical value, Fischer Hall maintains a sense of Edwardian grandeur through its original features, including marble fireplaces, mahogany doors, and a sweeping central staircase. An elegant setting for an event, Fischer Hall boasts a rich visible history alongside it's modern teaching facilities.

Trafalgar Hall is the gateway's biggest lecture hall and largest event space, comfortably seating 80-100 attendees. It can be set up in a theater style for conferences and large talks or divided for a smaller talk or seminar.  It is also available for large receptions, or as a performance space.

The room is equipped with an audiovisual system, two 90 inch and two 70 inch screens, and microphones.

The plentiful light and period features make it a popular venue.

Trafalgar Hall has an adjoining room, 1.06, which is ideal for a small or private reception. 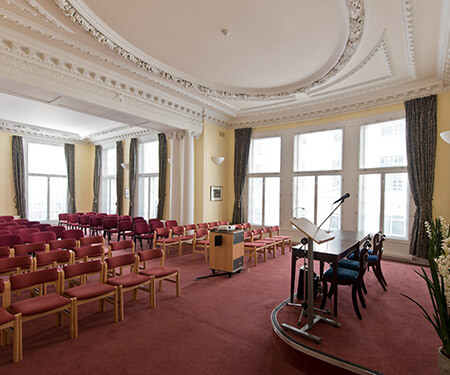 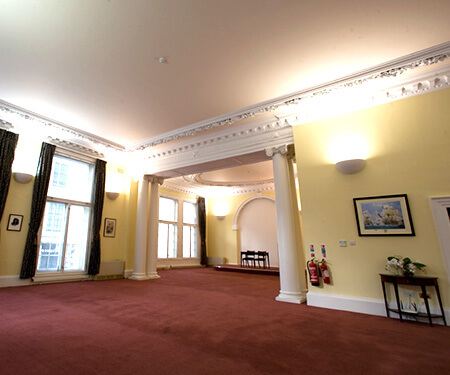 A large and classic space, the Senior Common Room boasts original features such as mahogany doors and wainscoting, ornate marble fireplaces, and intricate ceiling moldings. It is a popular space for receptions, luncheons and small gatherings, and can hold up to 60 people. 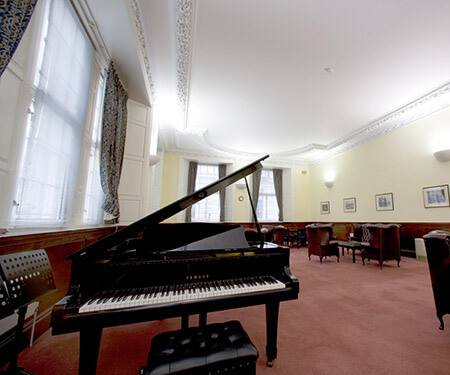 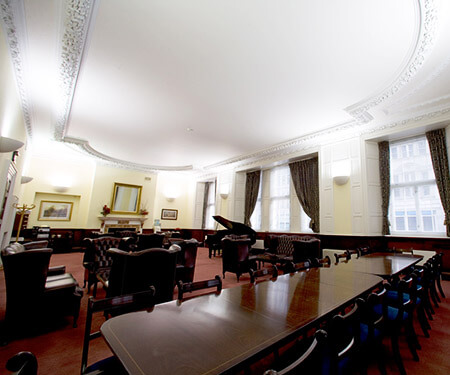 There are a number of classrooms that can be used for small talks, seminars and meetings and can be set up in various configurations.  All classrooms are equipped with a computer, projector, screen, and DVD player. 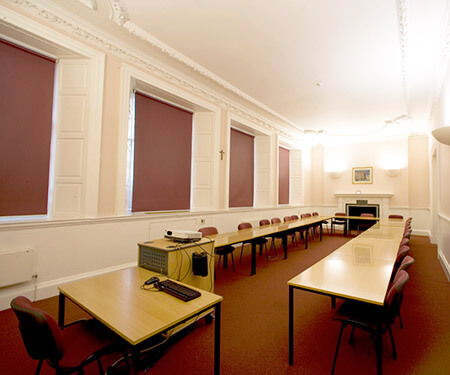 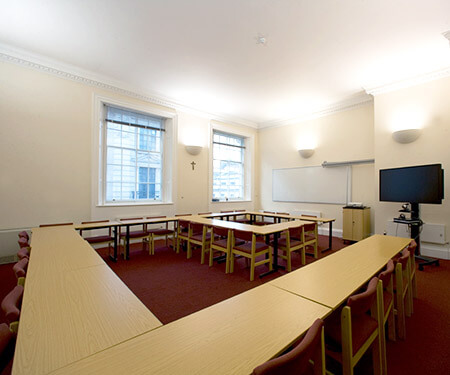